The Yes I Understand Mission: 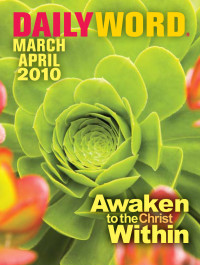 Teaching the expression of Understanding to Ministers, Churches, Congregants and others.

Global Experiences of Peaceful, Inclusive, Co-Existence through knowing and being Understanding.

We began in 1999 with a poem titled, “I UNDERSTAND”, authored by Jay Woods. The poem was first published and sold on BOOKMARKS. Then the poem was published in the DAILY WORD, March/April 2010 edition and circulated to 150 countries through seven languages. A youth curriculum for grades 1st thru 8th, authored by Brandon Nagel, current Senior Minister of Unity Church of Overland Park, Ks. and Jay Woods was released at the Unity National Convention in June 2010. An adult/teen curriculum was then released at the Unity National Convention in June 2011. Singer/Songwriter Elaine Silver created the melody for the poem.  The song, I Understand accompanies 16 of Elaine’s previously recorded songs in a special CD called “The Gift of Understanding”.

With 12 years of Catholic education and religious practice, I struggled through two marriages to raise six wonderful children. I battled alcohol addiction until I was 46. Beaten and broken I surrendered my life to a Higher Power. I found A.A, Unity, a new life and new wife.

In 1999 after meditating, I received THE GIFT OF UNDERSTANDING. Now I understand what it means to live in the flow of God’s will.

My vision & mission is to teach people the life affirming principles of the poem.

We always love to hear from our customers. Feel free to drop in or contact us during our business hours.  We are frequently “on the road” teaching our spiritual curriculum around the country and the world.  If we can’t answer we will return your call or email as soon as possible.  Thanks!

Email Please Use Form Below

Please use this handy form to contact us by email!